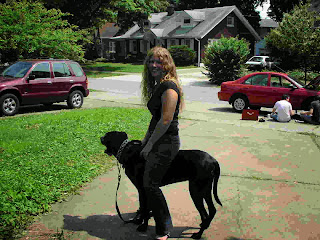 I was so busy with family stuff over that past week that I didn't get to blog at all. We drove 2300 miles roundtrip to Lubbock, Texas, where we spent a week playing Catchphrase, Trivial Pursuit, and eating. My dad came along to entertain the wee boy in the back seat, which was most excellent for the boy (and for our ears), but sad for my mom, who was left behind by her lonesome.


With two dogs to keep her company on Christmas. 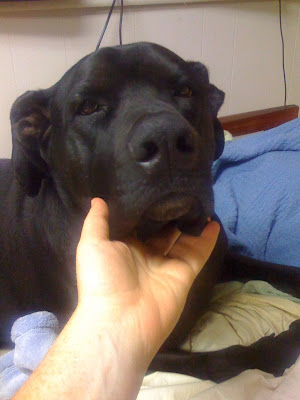 And, alas, we returned home yesterday to only one doggie. One lonesome doggie and a super-sad family.

Guinness is gone, my friends. He would have been 11 in March, which is a few years longer than Great Danes usually live. I guess he surprised us all in that respect. It's weird to not be able to say goodbye though.

But he was in pain, and was gently put down at home by a wonderful veterinarian who makes house calls. (Getting Guinness to a vet's office was impossible first because his vet wasn't working this week and second because the 150-pound doggie couldn't get off of the couch, much less make it to the car.) I didn't meet Dr. LeMay because I was somewhere in Texas when she came over to my mom's house. Mom said she was wonderful and kind and sweet, and, as weird as it sounds, Mom is going to call her when it's time for the remaining doggie to go.

Anyway, I'm trying to grieve for my favorite puppy dog. The one who was big enough to spoon with. Who had a weird habit of never, ever, ever, going pee or poo unless it was in his own backyard, even if we were on a five-mile-walk. The dog who used to go on 2am walks with me after gigs and no one would mess with us because he was so intimidating. The dog who rarely ever barked. The dog who once hid a bag of potato chips in his crate, saving them for later. The dog who won all the graduation games at obedience school, but who would steal your sandwich off the top of the microwave the minute you walked out the front door. Poor lonely George's best friend. 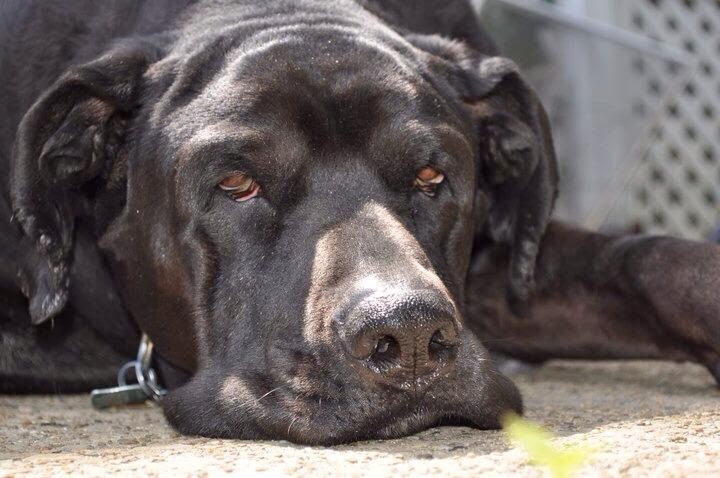 Christmas party week! I'm playing a lot. Three private events, and ONE PUBLIC SHOW!
I know -- totally shocking, right? (Peter asked me when our next full band show was, and I had no answer. Someone book me a great band show, okay?)

Anyway, Danny Flanigan has this annual songwriter holiday show at the Rudyard Kipling, and this year, I'm playing it.

It's me, John Mann, Danny Flanigan, and Alan Rhody, playing in-the-round (one song each over and over again).

It's Friday, December 20th, at 7:30pm. I won't say "sharp," because I'm not in charge of this show. Ergo, I can't assure you it'll start at 7:30 sharp. But as it's always a full house at this show, I can't imagine holding the curtain for any reason.

$10 at the Rudyard Kipling. I'll have copies of my albums there for only $5, cash or credit or trade for babysitting. (Well, physical copies of West 28th Street and fancy download cards of Keep Your Secrets because it's out-of-print.).

NYC, Santaland, and lots of bagels.

If you follow me on The Twitter and The Instragram, then you know that I was in New York this week! I didn't bring my laptop with me, and, seeing as I am the only person left on the planet without an iPad, I didn't blog while I was there. But it was a grand old time. My Timehop has had me feeling really lame lately, reminding me that two years ago, I was eating pizza in Campo di Fiori in Rome, so I was super-happy to get out and have some more adventures.

I got up early. I walked around (over 10 miles a day, but this time with a baby strapped to my chest). I ate a lot. I wandered in and out of shops. I gave directions to a zillion lost tourists.

It wasn't actually that much different than my previous trips to NYC.

Only this time, we saw Santa:

More on the NYC trip next time, including some tips on traveling to New York with a toddler. But for now, I've got some catching-up to do.
No comments:

The Sound of Music Day!

Is everyone excited about The Sound of Music tonight? Does anyone else wish that Julie Andrews and Christopher Plummer would just reprise their roles tonight? I admittedly don't know much at all about tonight's live TSOM production, other than it stars Carrie Underwood and some vampire and that it's based on the stage musical, not the movie. That's a good thing, so that we are limited in our comparisons. 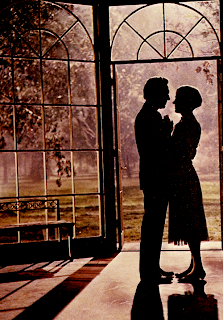 Because, I mean, who could ever be better than Julie and Christopher???

I don't hate Carrie Underwood though. That's actually the only season of American Idol that I ever watched, and I remember seeing her singing "I Can't Make You Love Me" at her audition and thinking she was fab. I haven't really followed her country career, other than the one time I was asked to sing "Before He Cheats" at a WEDDING,  of all places.

I'm going to watch TSOM though ... if I can stay awake. I've been up since 4:56am, so it's highly likely I'll just do what I did when I was small and pretend that the show is over at the (SPOILER ALERT BUT IF THIS IS REALLY A SPOILER, THEN WHY ARE WE FRIENDS???) wedding scene. The whole Nazi thing is such a downer, anyway.

Happy end of Hanukkah! I failed to post this, which is dumb of me. See, y'all think I'm really good at self-promotion, but I am actually TERRIBLE at it! It's why I started a Kickstarter thing almost six years ago, but never actually published it because I think it would be tacky of me to ask for crowdfunding. That said, I've donated to countless Kickstarter, Pledgemusic, and similar projects, so I guess I'm only hurting myself.

But anyway, here's your annual dose of Dreidel fun. Does anyone want to help me make a video for "Mazel Tonk!" next year? It seems dumb not to have one. Actually, can someone out there just put all of my songs on YouTube? I need an intern.

Last night I played a few of my tunes, including this one, at a public Interfaith Hanukkah Party at the Jewish Community Center. It was a really fantastic event -- totally laidback, welcoming, and very educational. A group of Catholic middle school students attended, as well as people from all over the community. Everyone enjoyed music, latkes, and jelly doughnuts.

Can't ask for much more, right?

At our wedding, we had little pieces of paper where guests could write advice to us. My favorite, by far, was from Lyzz and Josh who merely had two words: Rocket Toothpaste.

You know the kind. That plastic rocket-shaped bottle/tube that stands up on its own and always returns to form after each use.

Apparently marriage is about compromise, and the toothpaste debate is one of those battles that you can just avoid completely if you buy rocket toothpaste. Genius, right?

We are still totally in love and [I don't think] we are harboring any secret resentment about toothpaste. But I've been carefully trying to squeeze the toothpaste from the bottom and replace it just as it was after every use.

When David was out of town for work, however, as he often is these days, I reverted to bachelorette mode: toothpaste freedom! And I discovered something that week that made me re-think the idea of rocket toothpaste.

It's not only very satisfying and a huge timesaver to just grab and squeeze, but it's also ergonomic.

I know most of you are on David's side of this debate, carefully rolling up the bottom of your tubes and gently coaxing the toothpaste to the top. (You all probably also spend two weeks of your lives sorting your socks, but that's another issue.)

But today, I urge you to be adventurous. Go ahead. Grab a fresh bottle of toothpaste, wrap your beautiful hand around the tube, and SQUEEZE. Notice that perfect indention that is left behind -- a mold of your hand so that next time you brush, your hand is completely comfortable, and the paste just glides onto the brush.

Let your hair down, folks.

At least until your husband comes back to town... then maybe splurge and buy the rocket toothpaste.

I didn't have any internet access on my laptop over Thanksgiving, so you're getting my Thanksgiving-day blog post a little late. Sorry!

When it comes to cookies, you can’t go wrong with straight-up chocolate chip. Snickerdoodles, ginger snaps, even samoas, well, they are all good, but I don’t think they can touch a warm, straight-from-the-oven classic.

It’s hard to improve on perfect, but if you are looking for something a little more festive for the holiday season, I give you my genius creation. Behold!

I mean, come on, don’t you eat half the dough anyway? And eventually you wonder if you should bother to cook the rest or just bust out the spoon. Problem solved.