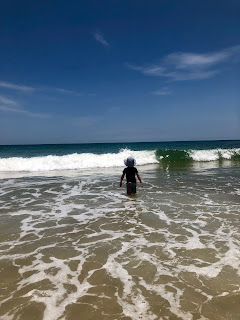 Can I take a minute to stop and suggest that you talk to your parents about getting their affairs in order, so to speak? It’s not a pleasant conversation, but it’s a lot easier if there’s no terrible diagnosis. You’ll just feel like someone who is doing their homework before it’s due, and, let me tell you, that is a good feeling.

I like to have my life organized (I still also like to jet off to Paris at the last-minute though, which is a lot easier to do if your life is organized), so my parents and I visited with an elder law attorney back in the summer of 2016 to set up new wills and create a trust so the family house would not be lost. Mom was convinced she was going to die before my dad (she was right), and that he would live another 20 years, “marry some floozy who would get the house” (she was wrong).

We did not end up setting up a trust for my dad because two stage 4 cancer diagnoses soon followed our initial meeting. Still, that meeting forced my parents to write down everything I needed to know about all in one spot — the mortgage, the auto titles, the insurance information, social security, etc. We were able to ensure that there were beneficiaries listed on bank accounts and Power of Attorney was solidly in place when my parents were unable to leave the house.

Anyway, might I recommend the kind folks at Kentucky ElderLaw if you have elderlaw needs (if you’re in Kentucky, that is). Also in Louisville is the fabulous Nicole Willet-Jones who specializes in estate planning.

In the mean time, here’s a quick list of things you could do to make end-of-life a lot easier on your next-of-kin: