Hey friends! I think my antidepressants are working. How's that for straight-talk about mental health? I've been a bit of a mess since my live-in nanny went on vacation 2 months ago. I can't decide if it's because I haven't been able to work or because I haven't been able to go to yoga, but I need to find some sort of regular childcare so I can do both. Today, however, I have a babysitter, and I've escaped to a coffeeshop to answer a bunch of emails, build invoices, and book tours. Tonight I am playing a 3-hour gig with the best bluegrass band in the state, and that is something to look forward to. I still have 105 unheard voicemails, but it feels good to want to get out there again.

Also, there are $484 flights to Paris from Cincinnati, so don't be surprised if you see me checking in to the Eiffel Tower at some point. I need a break, and Angus needs a passport stamp.

Irish Fest was good fun, and here are some highlights:

Louisville, Kentucky t-shirts for Those Who Drift Away. 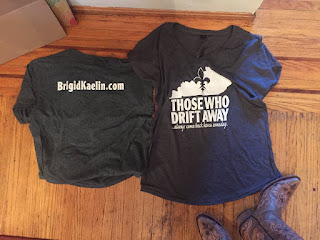 MY SECOND RUN OF T-SHIRTS HAS ARRIVED! If you ordered one at my CD release show, I'll get it to you ASAP. Wayne & April, I haven't gotten any sans fleur-de-lis yet, but I'm working on it. The rest of you, I'll send you an email, or message me.

Shirts are $20 no matter your size, and I would LOVE to sell one to you. I mean, no one buys CDs anymore, so if you're just streaming my new album because you like everything digital, then how about buying a shirt? It's grey, so it works well with your minimal wardrobe. And my name is on the back, so mostly you can have a cool shirt with Kentucky on it. And don't we all need one of those???

Fall has consistently been my busiest gigging season, and this year is no different. I'm doing a zillion private events, from Rosh Hashanah celebrations to fancy soirees, but in between I've got a couple of public gigs.

This weekend: IRISH FEST!
Bellarmine University. I'm emceeing the event, so I'll be there both days all day. It's all ages, and you get a dollar off if you're a Zoo member.
I'm also playing two sets of Celtic-inspired songs with Steve Cooley on banjo and Mike Schroeder on mandolin. It'll be a fun event, and if you're vegetarian like me, you have an excuse to eat french fries all weekend.
Saturday 9/23 on the Main Stage at 2:40
Sunday 9/24 at the Cralle Theatre at 12:15

Monday morning, y'all. Entirely because of the title, here's a video of Adam Holmes with me on accordion and backup vocals before he released his first album. We're doing a live thing on the BBC, recorded on the Hebredian Isle of Lewis, just before we played HebCelt Music Festival.

Monday is particularly difficult this week, as I'm just returned from a week in Nashville. The AmericanaFest is one of my favorite weeks of the year, a time when I get to catch up with industry friends from around the globe and see music. This year I didn't get to see as much music because I had my babies with me. Not ideal, but I brought a babysitter with me to manage times when I was at panels or lunches or interviews. She was wonderful and made the conference possible, but I still wish I could have gone solo to the event -- it's really hard for me to clock out of parenting and into music-ing. Re-entry is easier because I'm happy to see the boys, but leaving them without anxiety and list-managing? SO HARD.

Anyhoo, I'm off to edit a little interview that Michael Young did with Joan Osborne that I got some video off. Will share in a bit! She's a hometown hero, and wow, is she smart.
Photos from Nashville: 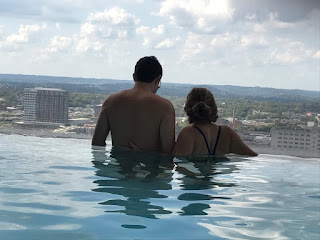 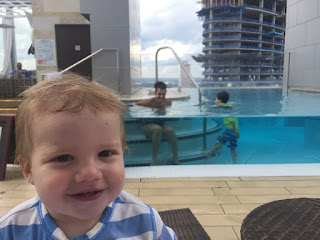 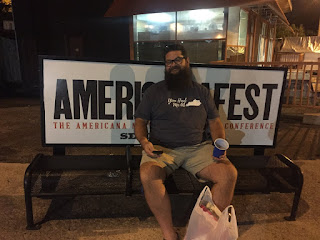 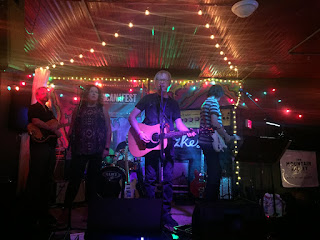 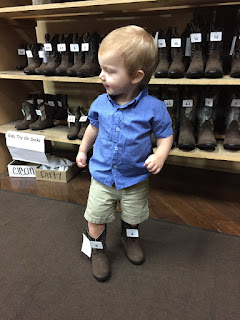 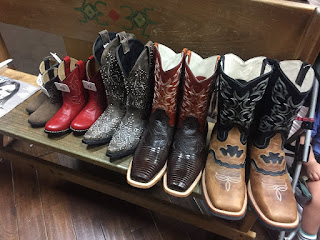 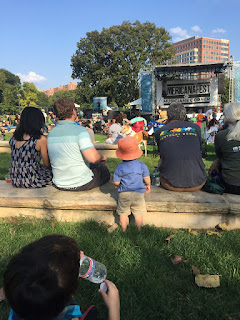 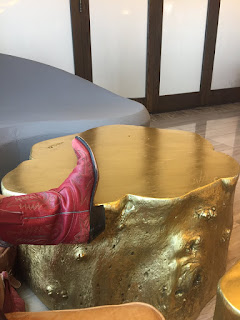 Good morning from AmericanaFest! I'm in Nashville (MY HOUSE IS GUARDED BY THREE BIG STRONG HOUSESITTERS/HOUSEGUESTS, SO STAY AWAY STALKERS!), and I'm a nervous mess because I have to be social. The stage is just so much safer.

Here are some thoughts as I stare out at the Nashville skyline from a swanky hotel couch. My coffee table is made of a tree trunk spray painted gold because it's Westin-hip I guess.

In Nashville for the week for work — catching up with industry friends and trying to figure out how this business has changed since I squeezed out my babies. The music business is not kind to mothers, as I found out last night attempting to go to a free show in the penthouse at 8pm when I was told it was 21 and up, despite a sleeping baby on my back and a well-behaved almost-5-year-old at my side. Sigh. Good thing I was tired anyway. 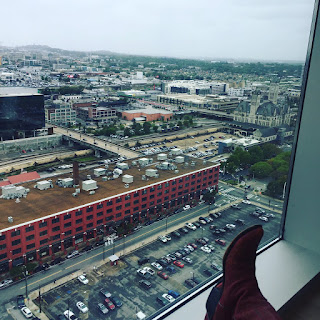 This morning I left the kids in my hotel room with a babysitter and a pile of puzzles and have camped out in the Westin Club Lounge to try to sort out my day and the hours i need childcare depending on which panels and shows I’m attending. I sat down with a cup of coffee, put my red boots on the window sill, and stared out at the ever-changing skyline of Nashville.

The first building to catch my eye is the old train station at 10th & Broadway. It’s in the middle of Nashville, a busy area right next to an Art museum. Oddly, there is a matching building at 10th & Broadway in Louisville because, I believe it was the buildings that connected the L&N railroad line.

The second building I’m staring down at is this wide red building directing below the hotel. It was my first stop in Nashville for my first real trip down here — back in 2006 for the semi-finals of a TV show on the USA Network called Nashville Star. It was in this building where I had my production interviews and band rehearsals for the show taping. This area of town sure has changed in 10 years, as have I. What a weird business I’m in.
It’s funny, but all I really care about is traveling and performing for people. I hate recording. I love writing songs and sharing them with people. I love making people smile and making people think and forging connections that are real-world instead of Twitter-world and reminding people that we are all in it together, even though it seems like maybe we’re all on some weird reality show.


Deep breaths and music, I guess.
No comments:

Louisville! I am playing a public show on Sunday, September 10 at Monnik (in Germantown at the old Zeppelin aka the old Heitzman Bakery). I am just the opener an am playing a 45-minute set as a solo — but it’s likely that Dennis Ledford will be playing some guitar with me. No full band because I don’t want to upstage the main act in terms of band members … and the main act is Sid Griffin.

I first met Sid maybe 15 years ago, when I was first starting out in the Louisville music scene, and he came to town an played the Rudyard Kipling every couple of years. It’s now turned into TEN years since he’s played here because he has lived in London for ages. 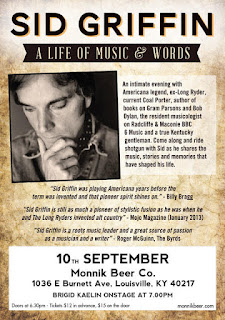 You know I have a problem with attachment to the United Kingdom. I can’t really explain why, but somehow the country is in my DNA, and I just get that magic feeling every time I touchdown on the island. On my last few England/Scotland tours, I’ve seen Sid’s name but never managed to connect — his current band, The Coal Porters, played Edinburgh the week before I was there, or he had a London gig the same night I did. Something always prevented our catching up on anything besides The Twitter.

But he’s an Americana legend — full of stories, songs, brushes with celebrity, and more.

I’m looking forward to to this show because