I WENT TO SCOTLAND! And ENGLAND TOO! It was a great tour -- totally slammed, and I took a thousand pictures (probably not an exaggeration). I've been instagramming with microblogs attached, so check out over there if you can't wait for me to post stuff over here: www.instagram.com/brigidkaelin


MY NEW VIDEO IS OUT! Thanks to WFPK for playing the single so often. This link is a post by WFPK with link to the video.


TWO AWESOME THINGS TO TELL YOU TODAY THAT BOTH HAVE TO DO WITH SCOTLAND!


One: Wee Graham was cast in a real, live play -- like with a professional company and stuff, and it's Shakespeare, at that! He's in MacBeth (and he has lines and everything!), and you can buy tickets here. 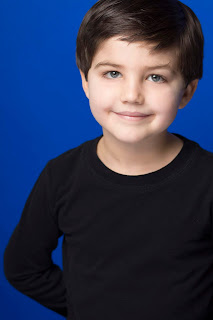 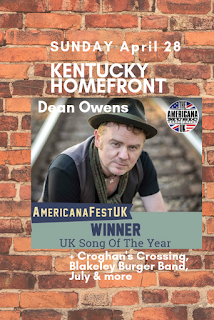 Two: I'm hosting a Kentucky Homefront again on Sunday, April 28! Yes, they're giving me a microphone again for a live-to-tape radio show :) My radio hour includes a Scottish singer who plays Americana music, and a Kentucky group that plays celtic songs. How's that for a theme? Buy tickets to that in advance to save $3: here.

I've had a lot of personal drama with family medical crap over the past year, but I'm trying to pull it together to get the travel blog and whisky adventures back together. Love to all of you for all the support.

I am desperate for travel, and also keenly aware that this is a terrible time to be traveling. My kiddo had a tonsillectomy last week. He should be fine by the time I leave -- 14-days post-surgery -- but I'm still nervous to leave if he isn't 100%. My dad is feeling the effects of his most recent immunotherapy, and I'm nervous to leave him.

LUCKILY, he's decided to join us on this tour -- be customer #1 for Brigid's COACH BUS TOURS OF SCOTLAND where all my friends join me on a pub-tour. (Someone out there, please organize this because I have organized ENOUGH things for enough people this past month to last a lifetime.) I'm hoping he'll be able to take some photos too, so that we'll have more than just weird selfies and a bunch of pictures of a banjo.

In other fun news, my little guy's commercial from last year has been airing primetime basketball tournament slots:


My little guy has fallen deeply in love with acting despite my best efforts to encourage the MBA instead.

Are you in the UK? Will I see you on this tour? Message me if I won't. Just say hello. I have been a bad blogger because I've been spending 25+ hours a week on a volunteer job instead of my, like, career. Turns out that's bad business all 'round, both for the bills and the spotlight. Look for me to be back here more often.

ALSO -- I HAVE A NEW SINGLE COMING OUT ON FRIDAY!!! WFPK is premiering the video on their website on Thursday, April 5, so you can be the first to check out the new song.
No comments: Links to this post